I don’t tend to like the B&W shots very much. However, sometimes I can desaturate the shot if I think that it will make the image to look stronger.

I believe that in some sort, the shots that photographer taking is a reflection of its mood or even character. Sometimes, the image has to be in B&W, just because there is no other way to show its strength and drama. I made this shot going down on escalator in Moscow metro, honestly, I didn’t even need to make it B&W, I got it almost exactly as shown below 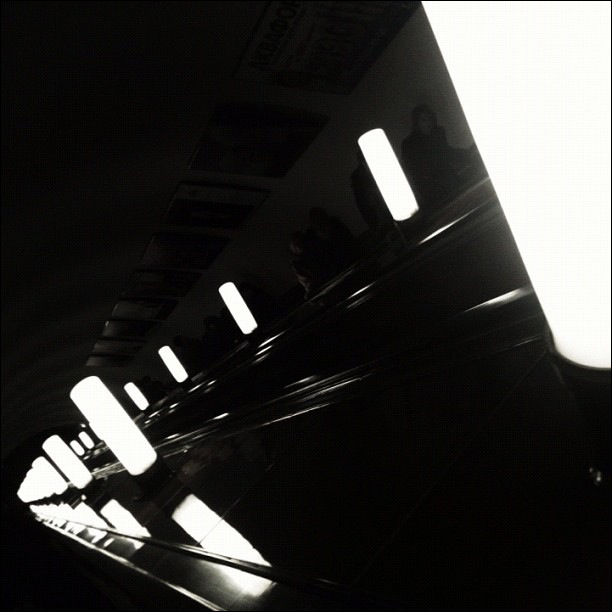 Moscow colors in some time of the year can be depressing, especially during cold season, it’s worth to say that Moscow almost has no color that time, everything looks truly grey and desaturated, even faces of people. It’s been over 20 years since Soviet Union ceased to exist, but most of the people still wearing dull and colourless clothing.